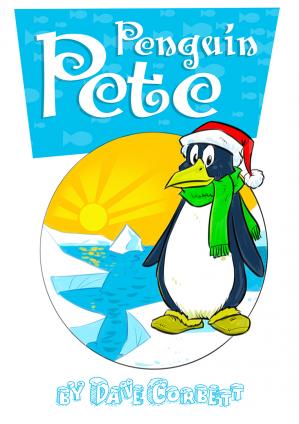 Equal number of lines for most children

Pete is fed up with getting fish for Christmas. As he travels North to tell Father Christmas, he meets Kangaroos, Monkeys and Jack Frost. He even gets to ride in Santas new sleigh. Of course, he could always have sent a letter!

Penguin Pete is a simple, visually appealing production that is ideal for the NQT.

An end of term dream production for the times when there are just not enough hours in the day.

Scene One: The South Pole

Its Christmas time at the South Pole and the penguins are opening their presents... fish, fish and more fish! Pete is fed up with receiving the same fishy present every year so decides that he should visit Father Christmas to tell him.

Pete begins his journey to the North Pole. He passes through jungles, deserts and bushland, not the sorts of places for a little Penguin! He meets several groups of animals who are curious about his flippy, floppy feet.

As Pete travels onwards he reaches colder climates (your local town!) and has a chilly encounter with Jack Frost and his Frostlets. Although Pete loves the cold he must continue his journey to see Father Christmas.

Waddling on, the weather growing colder and colder, Pete finds himself surrounded by dancing Snowflakes and swirling Wind Clouds. He comes to the aid of some Snowmen who have had their hats blown off by the naughty wind clouds. Grateful for Petes help, the Snowmen offer to take Pete to where Santa lives.

Nearing the end of his travels Pete meets Rudolph and Blitzen who give him a lift on Santas brand new sleigh! Pete finally reaches his destination and informs Santa of his woes. Why didnt you write a letter like everyone else? Santa asks... DOH! Silly Penguin Pete had travelled for so long its nearly Christmas time again. His wish is finally granted when Santa pulls out a pair of slippers from his sack. A pair of slip slops for some very tired flip flops!

For maximum effect, the chorus and whole cast (on- or offstage) should perform the songs (except for 'Best Dressed Snowman') whether they are in the preceding drama or not. Of course this is at the discretion of the director and may depend on available space.

No additional chorus - cast sit near stage when not acting. Whole cast should sing the songs (except for 'Best Dressed Snowman') whether they are in the preceding drama or not. Of course this is at the discretion of the director and may depend on available space.

"Penguin Pete has catchy tunes which are easy to learn. It has a simple story and was great fun!"