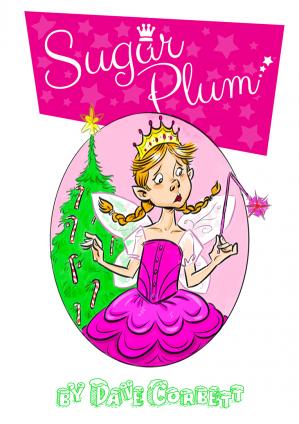 Sugar Plum's wand is broken thanks to Elvin the mischievous elf. However, Sugar Plum, the Christmas Fairy, soon realises that she can bring a little bit of magic into people's lives even without it!

Sugar Plum is a lovely, simple Christmas production that is perfect for the NQT or those less confident in staging a production.

Scene One: Santa's Back Yard

Santa and his helpers are very busy packing the sleigh but Elvin the naughty Elf is playing his usual tricks! Thankfully, Sugar Plum is on hand with her magic wand to save the day.

The little Elves and Fairies are practising their Christmas carols. While all his other class mates are happy with their instruments, naughty Elvin wants to play something different. He decides to play the snare drum but what can he use for a drumstick? He snatches Sugar Plum's wand and bangs the drum so hard that the magic wand breaks!

Sugar Plum sets off to find Santa in the hope that his magic glue can fix her broken wand. She visits Mrs Toy Tester, who is in the process of testing out the Soldiers, Teddies and Robots, until Elvin gets hold of the remote and causes yet more trouble. After Sugar Plum helps Mrs Tester sort out Elvin's mess she continues on her search for Santa.

Scene Four: At The Toy Warehouse

Old Mr Ebenezer Elf is trying to sort out the boxes in his toy warehouse when naughty Elvin Elf scares him and the boxes fly everywhere! Fortunately, Sugar Plum is passing through on her way to find Santa and helps the old Elf tidy up.

The Tinsel Tidying Teams are busy sorting out jumbled tinsel before they decide to take a break. Elvin takes the opportunity to tangle the tidy tinsel and create even more mischief! Once again, Sugar Plum helps to right Elvin's wrongs as she helps the teams sort the tinsel and decorate a Christmas tree.

Sugar Plum finally tracks Santa down and tells him of her broken wand. It soon becomes clear to Santa that Elvin has been a very naughty Elf indeed! After making Elvin apologise to everybody, Santa gives Sugar Plum a very special gift as a reward for bringing magic into people's lives, even without her wand.

Non speaking roles: Rudolph, four Toy Soldiers, four Teddy Bears and four Robots.
It is suggested that cast sit near stage and sing Chorus parts when not on stage.

Non speaking roles: one additional Toy Soldier, Teddy Bear and Robot.
It is suggested that cast sit near stage and sing Chorus parts when not on stage.

"What a great way to engage the boys."

00:00 Track title 00:00
Happy As Happy Can Be
Make Music At Christmas
Toys, Toys, Toys
Sugar Plum
Make It A Beautiful Christmas
A Little Bit Of Magic