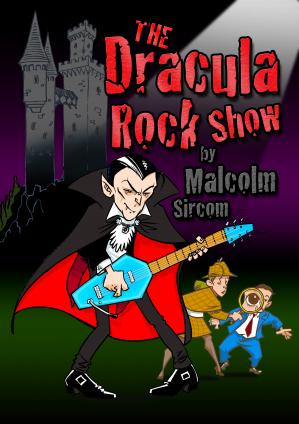 "It was the best show ever!"
Cwmdare Primary School, Rhondda
"We had great fun with this show."
Cramond Primary, Edinburgh

However... for those of you who prefer a live pianoforte accompaniment, we now have available a superb BRAND NEW Performance Score which encompasses Overture, ALL Songs, Link Music, Cues and Chord Symbols. (Grade 7 standard).

The show has the option of being presented in One Act (65 minutes) or in Two Acts (1 hour 25 minutes, including interval)

"A fun script and brilliant music ideally suited to choreography. The show was a great hit with children and adults alike."

"Our year 6 performed this at our local theatre to great acclaim. The production looks amazing, the characters and jokes are brilliant and the songs were really popular with the children. The script is challenging, but the pack gives you every piece of advice that you could possibly need! The show created a real buzz that lasted for ages! Highly recommended. "