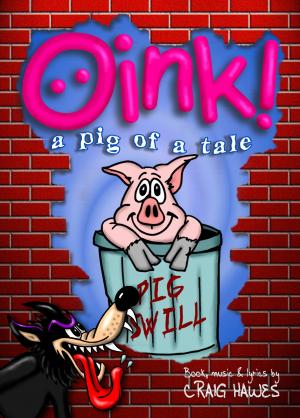 Things don't calm down on stage just yet as the following scene sees the animals leaving the cocktail bar, with Roger the Rabbit a little the worse for wear! As the night begins to quieten down, the three piglet brothers, Frank, Welly and Monty are left alone. Frank has his head firmly on his shoulders and attempts to persuade his brothers to go home, but only receives grunts and snorts in return; The song "Nobody" follows and Frank reflects on how alone he feels at the farmyard. Never ones to listen to reason, Welly and Monty not only ignore their brother's wise words to head home, but their attention turns to the harvest feast which is out in preparation for the festival and you can surely guess what the two hungry piglets decide to do...steal it! But they don't get very far as Shep the Sheepdog catches them in the act and banishes them, along with Frank, from the farmyard.

During 'Home Sweet Home' the three pigs build their homes and reflect on their time in the countryside. Unfortunately, they are not aware that during the wolf's treatment in prison, the Professor failed to immunise the wolf against pigs, so they are not as safe as they believe.